Mitt Romney – vulture capitalist, pension thief, tax cheat extraordinaire. That he would criticize Trump for tax returns is rich, full of irony and hilarious. Trump’s nomination and dominating victories among conservatives is birthing weirdness in every corner of the Republican establishment.

Remember how forthcoming Romney was about releasing his tax returns? Oh wait, he didn’t release all his returns and is just another hypocrite.

Shorter Romney: Its ok for me to not release my tax returns, but others, who I don’t really like, shouldn’t be doing it.

Making tax returns public is not required of presidential candidates, but there is a long tradition of major party nominees doing so. Joseph J. Thorndike, who tracks presidential tax returns as the director of the Tax History Project at the nonpartisan Tax Analysts, said Mr. Trump would be the first major candidate since 1976 to not make any of his full returns public. President Gerald R. Ford released a summary of his tax returns that year. 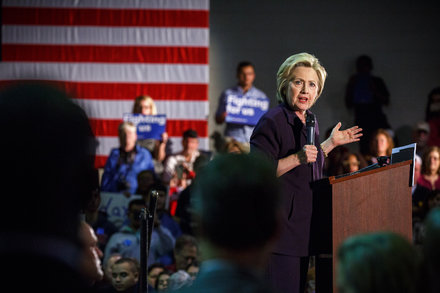 Mrs. Clinton derided Mr. Trump as evasive and secretive after he said he would not release his tax returns before the November election.

Remember how forthcoming Romney was about releasing his tax returns? Oh wait, he didn’t release all his returns and is just another hypocrite.

Or you could take this the other way: Trump refuses to come up even to the negligible standard of disclosure that Romney set. Every time you think the GOP can’t act further outside the bounds of reasonable behavior, they prove you wrong.

The evasiveness should mean a lot to true independents. There must be something very bad in those returns or Trump would issue them proudly. He’s not bashful about anything else. I’m guessing they would shatter his self-image in all respects. He gives little to charity, pays little in taxes, isn’t a billionaire (i.e., everything is mortgaged to the hilt).

The way to make him pay and drive him crazy is to challenge his manhood. Relentlessly. Dare him to put them out. Call him a wuzz. It won’t matter to his apologists and true-believers – forget 'em, they’re lost – but his reaction to it will make him unacceptable to anyone who cares, and make him look like more of a liar than Hillary ever was.

Heh. Mitt sure knows well from experience why Trump doesn’t want to release his tax returns…

Romney, who released his own tax returns in 2012

R-Money released partial and incomplete tax returns, including a “preliminary” filing of his 2011 return, which was never released in full later. That 2011 tax return was widely expected to be amended after the fact.

Bishop R-Money was never able to untangle the labyrinth of his financial shenanigans enough to put them under the public spotlight … and, much more importantly: he’s terrified of the Mormon Church finding out how much wealth he has been concealing from them to avoid his required, mandatory tithe to maintain his status as a Church Elder. Eventually he realized this and gave the entire country (and his own Church and God) the middle finger and informed us that we could go fuck ourselves and there wouldn’t be any further disclosures.

So, a great big FUCK YOU to TPM for perpetuating his lies, distortions and deceptions. Just FUCK YOU. Stop carrying his water and turning Myth R-Money’s lies into The Legends.

Romney is not the issue. This is about members of Trump’s party questioning his qualifications. Ms. Clinton does not even have to take this on. The Republicans will do it for her.

Trump should release his tax returns when Obama releases his school records, Hillary releases her e-mails, Al Sharpton releases his and NAN’s records and the IRS employees pay their taxes. Hillary, couldn’t find a lot of records even when they were under subpoena ( she finally found them in boxes at her home) couldn’t remember anything when questioned by committees but a cash advance for her and Bills memoirs jogged their memories. It’s a miracle, I tell ya!

The Republicans will do it for her.

It’s all sbout the Republican party establishment members being. afraid they may have to find real jobs because the voters are tired of being talked down to by party elites.

You’re dumb. Seriously, I felt pity for you as I read that. You are so pathetic.

Mitt had better be careful, lest he become the latest target of a Twitter blast from the Donald tonight or tomorrow night.

Maybe Trump will hide his taxes alongside Bill and Hill foundations and Obamas school records. 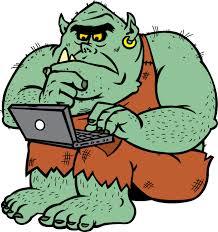 Did you send your Trump U transcript to the IRS this year in lieu of your actual returns? Auditors have an excellent sense of humor.

It’s like Christopher Walken telling someone they’re too intense.