Discussion: I Read An Oregon Militiaman's Post-Apocalyptic Cowboy Thriller So You Didn't Have To

paranoia strikes deep… into your life it will creep…

these idiots never think it thru… you can NOT stockpile enough supplies to get you thru a complete societal collapse… my relatives who live thru the Great Depression were always keeping a supply of food and stuff to get them thru the next Great Depression… the most important thing on their list?

live off the land? way harder than you think…just because you go off and kill a deer once or twice a year isn’t a skill that will help you survive… its hard work skinning and butchering… think about having to do it every 2 or 3 days… on top of that you have to go away from your living area… killing things close to home (easy) just means that game will avoid your area… no you have to hike and track it down and THEN drag it back… and again, as you branch out the game moves away…

how much ammo can you actually stockpile? when/if industry collapses do think ammo makers are immune?

worst of all no French Vanilla Creamer…

And they are going to get the freedom of the town medal . ( sarcasm off ) .

Man what the fuck do these people smoke?

Funny how the pampered squatter with the vividest fantasy of toughness and the profoundest sense of deep entitlement, is also the first to complain of homesickness. It’s looking more and more like a Carson book tour than like anything meaningful or relevant.

First, out of all the possible disaster scenarios, they choose one or two for which to prepare, for no particular reason. What would get you through one kind of disaster might not do squat under other conditions.

Second, they usually make the assumption that if they have enough “stuff” stashed to get them through 8-12 months, they’ll be home-free. I’ve got bad news for them. They’re just going to have to face the same conditions as the rest of us, but we’ll have had a one-year head start.

Finally, many of them are hopelessly confused about basic economics. Gold? Useless. It’s valuable only if you can convince another idiot that it is.

Thanks for taking that bullet for us, Lauren. Jesus H Christ.
One question: were those typos his or yours?

Finicum writes that to stop a government takeover, the townspeople
end up hanging one government official - Ann Rafferty- a mayor who had
“all the charm and good looks of a movie star” and “a figure that filled
out her business skirts nicely.”

Her “not pretty” and “not quick” execution is rationalized because
“if a man cannot own and control his own property, he does not have
freedom.”

So we are to conclude that despite his virile interest in her “charm and good looks” and her full figure (i.e. she was pretty hot), he willingly joined in the lynch mob and caused her to die slowly and painfully because…Freedumb.

That is so twisted. These people are sick little freaks.

Being prepped for a government invasion is as useful as being prepped for an invasion from Mars or from the Flying Spaghetti Monster.
If you are so paranoid and unrealistic that you fear not only the unknown but also the make believe, then there isn’t enough prepping to secure you because they also fear that their prep will be absconded. There is no prep for that and redundant prepping is just prepping and obviously the government is coming to take it all so more guns, that’s basically all that they can do, except ‘now’ the gov is coming for them too.
It’s pretty much over already if you just put a little thought into it.

In order to not come off as complete idiots, the freedom freeloaders have to keep upping the ante and they ‘need’ the government to do what they fear to justify their paranoia. IOW, they create their own problems, then fear those problems, then live their life based on that unrealistic fear.
Secretly, I think that everyone of these clowns wants to fight their government and wants to be seen as some modern day Lone Ranger. They are pathetic and nothing more than spoiled moochers that don’t want to pay their fair share and threaten to blow the place up if they are made to.

Guns, God and Gold, the trilogy of life that will sustain you but you had best prepare for the afterlife where shit gets really real, really fast.

These people have no faith in America, the Constitution, our great institutions, or the American People

The paranoia of these people is mind blowing. Pay your taxes and fees and call it a day. The other stuff is standard right wing crap.

If nukes or EMPs went off survival would be possible but the world would be horrible. Also, gold and silver have no value either outside of what people grant it.

You left out the part where they thanked Ol’ Dad for stockpiling boner pills because it turns out the government doesn’t want you to know they’re as antibiotic as penicillin.

He’s finally getting to live the fantasy he’s only been able to write about so far!

___ Since only Twinkies can survive the coming apocalypse…send lots of Twinkies!__ The Winded Warriors of Bundyland, OR.
“The best way to stop a bad guy with snacks is a good guy with snacks.” 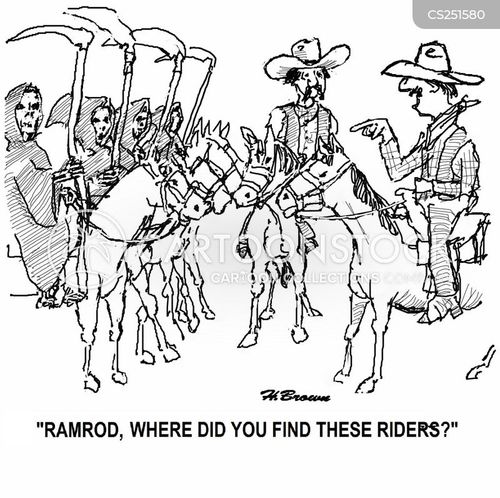 If the quotes are a fair sample of his prose, the blurb isn’t quite right.

Bundy blurbs the novel and calls it “a book you do not want to read, but should.”

Fixed it for you, LaVoy.

The reviews are in: “This is a book you’ll want to read with one hand, while the other gently strokes the barrel of your favorite rifle.” - Guns and Ammo

That is somewhat of a self-nullifying sentence fragment… not exactly an oxymoron, but the subtle suggestion that nightmares are real is part of the real problem.

Chicken Little, in the form of right wing media, has these people by the amygdalas.

I blame FOX and Rush and Bleck, et al, for it, they are all desperate to help the dreams of their listeners and viewers turn to nightmares.

Without that sort of influence, these Cowboy novelists would be writing about wrangling horses and shooting bad guys, not surviving some cosmic apocalypse.

The whole Bozo Brigade is discovering very quickly that survival isn’t as much fun as they thought it would be.