Democratic presidential nominee Joe Biden is unlikely to publicly announce his vice presidential pick before August 10, in spite of low murmurs regarding interviews of about a dozen or so women and even talk on Friday about a short list.

Wise move. Whoever he picks will draw instant vitriol from the Dumpsters. It’s a very good thing that he has so many excellent choices. Hard to go wrong.

I’m thinking that he was leaning towards Karen Bass, but the Scientology video doomed her chances. So now Biden’s team has to regroup. Just go with Kamala Harris and there won’t be any lingering issues the GOP can bash over her head.

Biden’s VP shortlist is way much better than Lying Fake Christian Pence and his other running mate from the Kremlin…just saying! 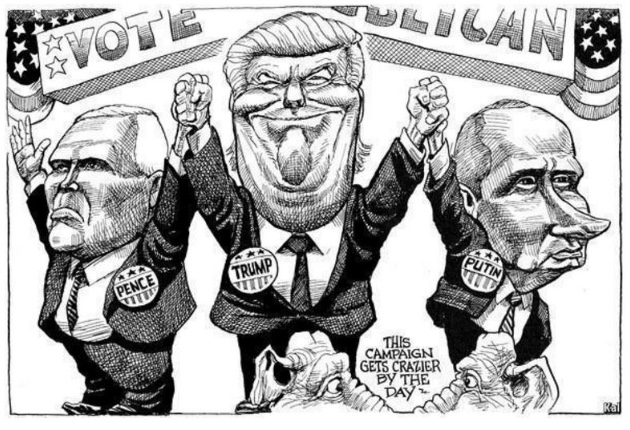 Because these are unusual/unprecedented times and our country is run by GOP fools, fuckers and facists, IMO…Biden should also announce his proposed shortlisted cabinet members with his VP or shortly thereafter.

I’d be fine with Harris. However, while the Republicans will have some difficulty attacking her directly as a prosecutor, I suspect that several far left leaning PACs would suddenly get large anonymous donations to run ads attacking her record.

Don’t pick Gov. Whitmer. We need her here badly in Michigan, where she’s doing a great job. Even though our Lt. Governor Gilchrist would be great as governor here, and he would be MI’s first black Governor, he lost his last election running for city clerk in Detroit in 2017. He would be up for reelection in 2022 (and we’ll probably still be dealing with Covid here in some way). It makes me nervous we could go backwards in time with another run by a Bill Schuette or another run by Betsy-wetsy DeVos’ hubbie, who could easily self-fund another campaign for Governor and destroy what’s left of our aging public school system. Whitmer would win re-election hands down if she ran today. The vicissitudes of a tired and drained public from this pandemic going into the future could be dangerous for our state come 2022. At some point, people will be looking for someone to blame. If past is prologue, the actual responsibility for this mess will be politically lied about and propagandized by bad actors in the GOP, as they always tend to do…and some will be more than willing to fall for it.

Republicans are good at thinking ahead when it comes to elections. Democrats would be wise to do the same and plan accordingly for all open seats and office holders at the state and local level.

I hope he goes with Warren or Harris…except MA has a Republican governor so probably no for Warren. It won’t change my vote though. Its Biden all the way for me. I’m just trying to think ahead for the future of the party…as I’m sure Biden is too…I hope.

Perhaps the interjection of a woman, quite possibly a Black woman, will break Trump out of his ongoing ennui.

trump is so bored when he attacks biden. he doesnt have nearly the energy he did when going after hillary.

As long as he keeps floating multiple choices, the Republicans have to focus on all of them. The oppo research combined with the clown-i-tude© of the Republicans has to be a sweaty, frenetic mess at the moment.

Wise move. Whoever he picks will draw instant vitriol from the Dumpsters. It’s a very good thing that he has so many excellent choices. Hard to go wrong.

Announce right before the Dem convention and it will give the GOP little time to attack her before she speaks during the convention.

Yeah, sleepy doesn’t cut it seeing how we’d all love a little bit more restful sleep these days. It almost sounds good from where I sit. Its like saying No Drama Obama was a bad thing because it means predictable. I’ll take predictable any day…even if its ho-hum. Beats tRump’s daily shitstorms by a mile.

[It] doesnt have nearly the energy [It] did when going after hillary.

Neither does the media.But they certainly will try.

bad move. The level of back-biting/critical “gossip” about various VP candidate is reaching a fever pitch, and the longer it lasts, the more damage it will do the the campaign (we’ve already seen the trashing of Kamala Harris… who is next?) And waiting any longer just makes Biden look indecisive … he’s been the presumptive nominee for months now, and should have made up his mind by now.

I like the way he is stringing this out. It’s really the only consequential, newsworthy decision he has between now and the convention. And, no matter who he picks, Republicans are going to try and turn it into Eagleton redux.

Keep them guessing by announcing five new names. Any VP will be vilified. Preparing counter smears needs to happen and whoever she is needs to be prepared to attack Trump 10 times a day to keep him off-balance.

Howso? Announcing VP picks at or shorty before the conventions has been SOP in American politics forever.

Procrastination can make for a better choice. I suspect that Biden’s choice back when he became the presumptive nominee in early March would have been far different than now.

Traitor to the end Midget Digits got his assignment from Boss Putin done by pulling 12,000 troops out of Germany while pretending to disrespect Angela Merkel. The cartoon has the wrong person in the middle.

The choice has already been made. There’s no 11th hour decision in the offing.