This is a companion discussion topic for the original entry at https://talkingpointsmemo.com/?p=1387636
thunderclapnewman September 16, 2021, 2:42pm #2 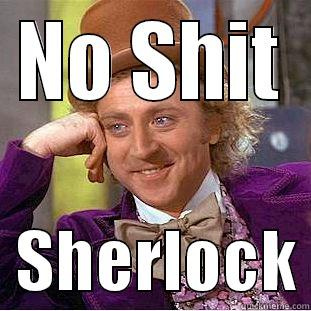 A persons morals should never prevent them from doing what is right but they also should be prepared for the consequences.

Miley may very well have been right for inserting himself in any nuclear attack order by an outgoing president including his discussions with China. But regardless if it saved the world or even just American democracy, his actions could be such a breach of norms, procedures and laws that he needs to face consequences.

I’m having a hard time grasping the fact that sometimes Republican lawmakers like Kinzinger and Cheney can sound like perfectly reasonable people. IOW, they don’t sound like Republicans at all because they use reason when they speak. Hearing any Republican speak like that is so unusual that it makes my head spin. In a good way.

“Some”? How about all but you?

Possibly an inquiry where the Republicans will act in good faith without grandstanding for Fox and try to understand the facts?

his actions could be such a breach of norms, procedures and laws that he needs to face consequences.

You’re asking for no norm breaking when the whole of Trump’s campaign and reign of terror was norm breaking? The man could break 3 norms before precedent could swing its legs over the bedside and place them on the floor.

Don’t bet your sweet bippy on it.

I’m waiting for Kizinger and others to bring up the fact that it requires 2/3 of the Senate to declare war. POTUS can’t just launch nukes without that, unless there’s an attack or an equivalent provocation. It wouldn’t be constitutional.

TOPEKA — The Kansas Attorney General’s Office has agreed to pay the American Civil Liberties Union and other attorneys $1.9 million in fees and expenses for a five-year legal battle over an unconstitutional restriction on voter registrations. The...

Read this. This guy is one of the best for this kind of analysis.

Balloon Juice | Everyone Needs To Stop the Hysterics Regarding General Milley...

For the better part of the past two days I’ve been watching people – some smart, some earnest, and a lot who are disingenuous – freak out that GEN Milley, the Chairman of the Joint Chiefs of Staff, has somehow single handedly destroyed over 240 years...

Miley may very well have been right for inserting himself in any nuclear attack order by an outgoing president including his discussions with China. But regardless if it saved the world or even just American democracy, his actions could be such a breach of norms, procedures and laws that he needs to face consequences.

I’m puzzled by this story, and how pretty much everyone is framing it. It appears that everyone around TFG though he might be getting ready to throw nukes around, and all we can talk about is whether we have to punish the guy who stopped him? How about we talk about the guy who was about to throw nukes around because he’s a psychotic sociopath! How about we name the enablers who knew and didn’t do anything to stop him!?!

I swear this country has gone completely off the rails…

thanks. so it’s another delusional storm in an illusional teacup.

How about we talk about the guy who was about to throw nukes around because he’s a psychotic sociopath!

And why the hell we didn’t nuke Tehran and Pyongyang while we had the right leadership in place to make it happen. Shameful.

Some GOPers are trying to score ‘political points’ with Milley uproar

The entire issue is nothing but feigned “outrage” based on Woodward ephemera (trying to sell a book) and spin on said ephemera that’s already been debunked.

Yes, it’s obvious, but in D.C. you often end up saying obvious stuff out loud so it gets broadcast to the public and you’re on the record as feeling that way.

Now, if you’d like something with a bit more cayenne to it, here’s Jen:

“I don’t think the president is looking for the guidance of members of Congress who stood by while the … president of the United States and the leader of their party fomented an insurrection and many of them were silent.”

It’s obvious too but kapow.

WHEN do they NOT try to ‘score political points’??? The usual suspects are out there screaming ‘TREASON’ and ‘if he did it to BIDEN’ and flourishing guns and various other props. Morons. Whiners. Snivelers.