We are all slowly but surely coming around to our new reality.

During a recent conversation with my dad, we discussed the year thus far and how no matter how hard you try, we seem only capable of talking about the coronavirus, as if there weren’t once enjoyable things that existed — like books.

I suggest Paolo Bacigalupi “The Water Knife” too. Little less sci-fi then the “The Windup Girl” but a lot closer to home in these crazy times.

The Water Knife is excellent! I would also recomment Oryx and Crake by Margaret Atwood. It’s the first book in her " *MaddAddam" Trilogy (the other 2 in the trilogy are very good as well)

If you are looking for something more recent The Light Brigade by Kameron Hurley is full of dystopia and a good read.

Earth Abides, a 1949 novel that really hits at the normal hollywood take on what a true post apocalyptic world might be and feels as fresh as if it were a modern novel.

The Forge of God - If you want a more end of the world novel as opposed to a post-aplocalyptic tale, because there is no “post” in this one.

My book club read Octavia Butler’s “Parable of the Sower” a few months ago, not long after the pandemic started. It’s still giving me chills.

The surname of the reporter whose byline is on this story made me think of Where Late the Sweet Birds Sang, by Kate Wilhelm

There’s a YA SF book I read when I was maybe eight years old, Raymond Jones’ The Year When Stardust Fell. (Jones is best known for This Island Earth.) I’ve been meaning to track down a copy and re-read it, because here’s Jones’ own blurb about the book:

It is the portrayal of the unending conflict between ignorance and superstition on one hand, and knowledge and cultural enlightenment on the other as they come into conflict with each other during an unprecedented disaster brought on by the forces of nature.

Don’t know what I’ll think of the book, nearly six decades later, but the blurb is about as apropos as it gets.

The legacy of “A Canticle for Leibowitz” can be seen in the current flood of end-of-the-world novels, TV shows, and movies.

The wife’s book club is reading it right now. Not a fan of SciFi, she’s finding it tough sledding.

Feel like an idiot. Wife told me that Butler lived in the same town as we do. Not being a SciFi fan, we might have crossed paths at Albertson’s and I didn’t know it.

Given that we’re currently living in a dystopian nightmare, I sure hope the next list is something to give us hope.

Another vote for Octavia Butler’s Parable of the Sower and Parable of the Talents. It almost hits too close to home; in the first book the characters are stuck in a gated bubble because the government just isn’t doing anything to deal with the situation they’re in. Then there’s a presidential candidate who literally promises to make America great again. 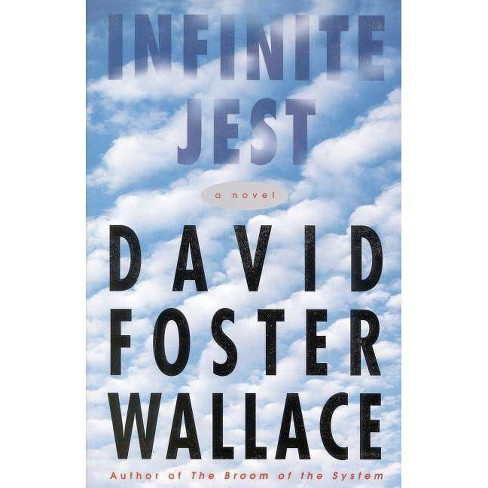 A Canticle for Leibowitz, published in 1959, is still pretty hard to beat.

I recommend The Dog Star by Peter Heller.

You beat me to it.

These are all great books, but you missed one of the funniest and most depressingly accurate predictions of a future world ever written: Stand on Zanzibar by John Brunner. Using a technique inspired by John Dos Passos, this builds its world from a kits of parts supplied in real time, with a running commentary by jaded social scientist Chad C. Mulligan. It hits so many aspects of a modern social society beset by problems created by humans. It ends with one of the most ironic and perfect last lines in this genre (or any?). I laugh every time I think about it.

Stand on Zanzibar is a dystopian New Wave science fiction novel written by John Brunner and first published in 1968. The book won a Hugo Award for Best Novel at the 27th World Science Fiction Convention in 1969, as well as the 1969 BSFA Award and the 1973 Prix Tour-Apollo Award. Stand on Zanzibar was innovative within the science fiction genre for mixing narrative with entire chapters dedicated to providing background information and worldbuilding, to create a sprawling narrative that present...

Just here to plug The Hollow Kingdom by https://www.kirajanebuxton.com/

A wise, sad, funny book about the zombie apocalypse and how animals and nature reclaim the world. All told from the point of view of a potty mouthed crow.

Anything by John Brunner. The Shockwave Rider and The Sheep Look Up especially.