Senate Democrats expressed fear and trepidation Tuesday as the Supreme Court prepares to hear oral arguments in the case that could ravage abortion access across the United States.

Whether you care about abortion rights, voting rights, climate change, or police reform one thing is clear: the filibuster needs to be reformed and the cudgel of the former rules taken out of the hands of the conservative minority.

Minority rule has brought us to this point.

“Please don’t do that,” we begged every motherfucker who said they were sitting it, writing in or voting Stein, “control of the courts for a generation is at stake.”

They own this. Not just the ones in Michigan, Pennsylvania, Wisconsin, and Florida whose votes were decisive, but also everyone in other states who egged them on and high-fived them. And if any of them have ever admitted it, I haven’t seen it. Because just as in 2000, someone else is always responsible for the foreseeable consequences of the actions of the only goddamn person whose vote they controlled.

Fear indeed. republicans have never found the time to fix pre-clearance on the Voting Rights Act or address problems with Citizens United, so anyone that thinks there will be good-faith dealings on Abortion is truly a lost soul.

Filibuster must go. Yes, Republicans are threatening revenge if Dems kill it, but what will they do that they don’t already do when they are in control? All we need to do is look back on how they rammed Barrett’s nomination through with 4M votes already cast in the election. Fuck them and their threats.

So the Republican dogs are going to finally catch the car? They are going to realize that it was a lot more fun chasing it.

Will Boris Manchin and Natasha Sinema continue to defend the filibuster after the corrupted court kills Roe?

Those two have discovered than being traitors to their party is hugely profitable, don’t expect any change of behavior any time soon.

But I just wasn’t inspiiiiiiired.

…said those motherfuckers who were too lazy to even consider the reaching consequences of that election.

So the Republican dogs are going to finally catch the car? They are going to realize that it was a lot more fun chasing it.

I’m not sure if they would find it more fun, but they will find it less lucrative.

Chris Cuomo wasn't fired because CNN just renewed his contract. A lower rated host or staffer should expect to be fired for such ethical conflicts. pic.twitter.com/PFBwjd3IPY
10 Likes
bonvivant November 30, 2021, 7:14pm #13

TBH, if Stein wasn’t on the ticket, they would have stayed home or voted for Trump. Stein was a protest vote. No one expected her to win. They went out of their way to toss their vote away to send a message.
Gary Johnson (3%) took more votes away from Trump than Stein(1%) took away from Hillary.
Much as I hate Nader, he wasn’t the cause of Gore’s loss either.
The butterfly ballot and the purging of voter rolls were bigger factors. And of course the Supreme Court.

The House passed legislation to codify abortion rights back in September, but it’s dead on arrival in the Senate.

I see what you did there.

A lower rated host or staffer should expect to be fired for such ethical conflicts.

No. These are ethical lapses. 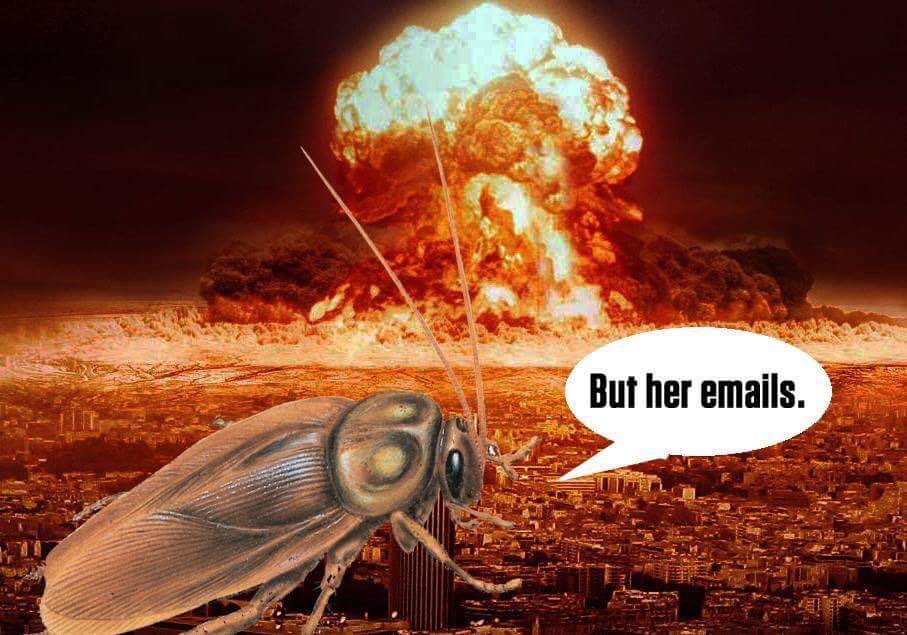 “Inhumane” is a feature not a bug with the Goobers.

Wonder if it’s worth tuning in to see how he’s going to handle this.

Naderites, Steiniacs, and Sarandonistas: “The Revolution cannot fail, it can only be failed!”

I have to say I don’t give a fuck one way or the other whether Cuomo is fired, suspended or shows up on screen tomorrow. Dude worked on defending his brother…did some unethical and shady shit while doing so…oh well. Did he do what Tucker Carlson, Sean Hannity and Laura Ingraham do on a daily basis? No? Fuck it then. Like focusing on the guy who said one of the forbidden 7 words on TV while ignoring 3 people who ate babies on camera and then masturbated on and with the offal.

On today’s episode of “IOKYAR”…