President Trump presents an unprecedented threat to the country’s Constitutional structure and would “make himself a monarch,” said lead impeachment manager Rep. Adam Schiff (D-CA) as he closed his opening argument Friday night.

But on Friday night, he posed a question that was not one of “guilt or innocence, but a far more foundational issue. Should there be a fair trial?”

If there is no fair trial in this case, then there is no reason to pay lip service to the Constitution nor to the Founding Fathers.

The defense presentation, in its entirety, will be:

"If he’s full of shit

I concur with every fiber of my being.
Trump and a morally bankrupt GOP pose a real world threat to democracy in the US.

If we can’t save our republic, at least we can look to this man and say he represented the best of us, and we went down fighting. If we can save it, as I believe we can, we need to memorialize and honor him at the highest level. Thank you, Mr. Schiff. This was a terrible crisis, but you stepped forward and showed us why we ought to be proud. Let’s step up ourselves, gang. We can do this. We have to do this.

If there is no fair trial in this case, then there is no reason to pay lip service to the Constitution nor to the Founding Fathers.

No. The failure was not in the document or its framers. The failure was in the GOP members of Congress who swore to uphold that document and remember the sacrifices made to keep the republic it made possible a viable society. They betrayed their vows. God damn them forever. 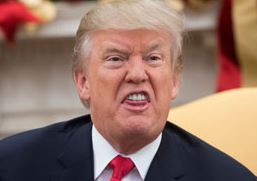 Sound Of Madness – sung to the tune of My Favorite Things

When my face aches, when my brain hurts,
When I’m boiling mad
I simply remember my devious ways
And then I can feel so glad!

“I spoke to him very recently, and he’s also doing the rockets. He likes rockets. And he does good at rockets, too, by the way. I never saw where the engines come down with no wings, no anything and they’re landing. I said, ‘I’ve never seen that before.’"

I saw a part of that speech. Schiff is great, I’m not sure that we as a country deserve him. Nevertheless, I am glad and thankful that we have him. 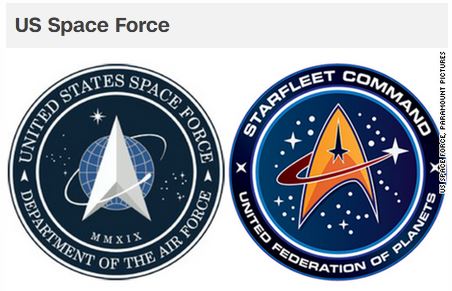 Did I say, he does rockets? Rockets!

We can do this. We have to do this.

Maybe. But we have to try to do this.

The Republican senators are in denial about their fear of Trump. None of what Schiff and the rest said to them – methodically and eloquently – over the past three days went in. None of it.

This, like Schiff’s two other closers on the previous days of Trump’s trial, was a speech for the ages. These are among the greatest speeches ever delivered in the Senate, going all the way back to Charles Sumner, Henry Clay, and Daniel Webster.

His real audience, of course, is the American people, not those shrivel-souled cowards on the Republican side of the Senate. May his speeches go viral, with salutary effect on the broader public.

I don’t think Schiff’s speeches were aimed at those blockhead Republicans. He was addressing the Democrats, the electorate. He’s a big hero in Canada where I live too.

Schiff minced no words. He called the President’s actions for what they were -blatant acts of corruption from a man with no character or decency. A man who’s a clear danger to all we hold dear. He said what needed to be said in a clear, calm tone, never resorting to petty name-calling or idle threats.

Trump may well respond by a tweet or a couple hundred from the safety of his bedroom, but everyone knows he’s too chicken-shit to testify in public under oath.

My verdict: Schiff in a TKO.

shrivel-souled cowards on the Republican side of the Senate

Nice description. I shall try to remember this one.

The defense presentation, in its entirety, will be:

"If he’s full of shit

Yes, good reporting. According to her, Republicans got a little bit upset when Schiff delivered the “head on a pike” line:

> "was revealed by CBS News’ Chief Congressional Correspondent Nancy Cordes, who reports, “One Trump confidant tells CBS News that GOP senators have been warned: ‘Vote against the president and your head will be on a pike.’”

My take on this is that it is good that they were made uncomfortable. If they use this as a reason they won’t vote for witnesses, well that is their choice and it will be a bad one for them and their R colleagues. Poor little darlings. How dare we put their right-wing asses in between a rock and a hard place? Moderates, Ha!