You can guarantee someone will get videos however they try to suppress it. 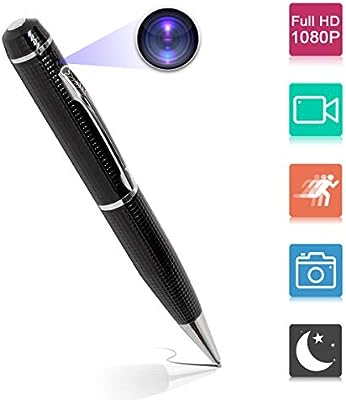 I eat eggs, but she doesn’t.

IANAD, but saturated fat is the real culprit, dietary cholesterol not so much. Eggs are quite low in saturated fat. Word is, 3 eggs/week are OK even for heart patients.

Conventions are supposed to be places where you lay out your platform and policies, in his case for a second term, and brag about IMPOTUS’ and his party’s achievements. tRump hasn’t had any consistent policies while in office. His major achievement has been dividing the nation. His platform is hardly one in which Republicans should or could be proud of. Its tRumpism all the way, meaning its fascism, racism, xenophobia, gender discrimination and that big government takeover by political hacks and acting heads of agencies that were never confirmed by the Senate, but allowed to do so much damage to the country by Republicans in the Senate anyway.

He can’t run on reducing the debt and deficits since he thoroughly fucked that up with his incompetence and malfeasance…and that all came before the pandemic blew a hole in the debt by major giveaways to his donors. The pandemic only made it so much worse and he’s still unprepared to deal with it. He’s done nothing in 3+ years other than reduce taxes for the wealthy. He’s taken the side of corporate greed over the plight of hard working Americans. His foreign policies have been incoherent, impulsive and erratic. He’s made the US a pariah around the world. There’s nothing a convention could do for him other than expose more of the lies by those that attend.

Days without being an embarrassment ----- 0.

Why? Are they going to make human sacrifices to ensure the life of their God King? Oh wait…,

Hi! To find out what I can do, say @discobot display help.

It’s OK. The Russian press will tell us what happened.

And if he strikes the right bargain, he’s eligible to run again later.

That’s why we need a Senate majority to impeach him there, even after he’s left office. I’m convinced we must have the Senate to protect the country from him ever running again for any office. The GOP led Senate were unwilling to do that with ample evidence and witnesses they failed to call during his trial. That would prevent him from holding office ever again. There are so many things he’s been guilty of, it won’t be hard to find one to put him on trial all over again. It would be worth it too.

The apparent walkback is the latest turn in a Republican National Convention planning process marked by tumult and uncertainty.

The apparent walkback is the latest turn in a Republican National Convention planning process marked by tumult and uncertainty.

"The Republican National Committee says no final decision has been made about whether President Trump’s renomination will be held in private at the GOP convention, contradicting previous reports that restrictions on crowd size during the coronavirus pandemic would prevent members of the press from attending.

Two RNC officials insisted Sunday that they are still working through the logistics and press coverage options, a break with a statement reportedly made by a GOP convention spokesperson the previous day.

“We are still working through logistics and press coverage options,” one of the officials said in a statement Sunday. Neither of the officials was authorized to speak publicly on the matter."

That’s why we need a Senate majority to impeach him there, even after he’s left office.

He cannot be impeached after he’s left office.

He’ll likely be indicted, but not by Congress.

With tRump’s campaign recently canceling ads on a massive scale in many states one can only wonder if tRump already knows he’s lost and is merely trying to save face and whatever money would have been spent so he can essentially abscond with the rest of it after he leaves office.

From what I’ve read, the campaign isn’t canceling ads in any meaningful way, they’re just re-targeting to spend more in swing states. They decided the current strategy of blanket ad spending in more states wasn’t working.

The GOP still has a massive amount of money in their war chest to spend on the election, and I don’t think Trump can skim off much of that RNC dough for personal gain. If anything, the GOP will be slowly shifting more money to prop up vulnerable Congressional seats in November.

Thank Goddess the Republicans are hilariously desperate, in disarray and dim witted.

True, but pure evil can compensate for a lot of desperation, disarray, and dim-wittedness as we’ve seen over the past 3.5 years.

You’re right. I meant found guilty of impeachment in the Senate and yes, he can be after he leaves office. It will insure he can’t hold office ever again. That’s in part what being found guilty prevents him from ever doing again. I’ll have to find the law professor or the article I read that said that was still an option. It may have been Lawrence Tribe. I’ll try to find it.

And so many staff carrying boxes and food trays and cleaning supplies - absolutely no way they can search all of them and then do it a second and third time. How about the tech that are dealing with the equipment they are supposed to have? A lot of people hate trump now, add that to those who would just like to be on the news.

I’ve been trying to work out a scenario in which this leads up to a surprise announcement that Trump is withdrawing and possibly resigning.

If Trump’s numbers continue to slide (and that’s even more likely after the $600 checks stop) I wouldn’t be all that surprised if he withdrew in order to start his own 24/7 white grievance TV network. Of all the things he cannot stand, being labeled a “loser” has to be at the top of the list and he would do nearly anything to talk his way out of that.

Fine. The less oxygen we give this douchebag and his necrotic party, the better.

Nah, they’re going down on this ship. I DO expect them to ditch Pence for Nikki Haley in the VP slot. It’ll happen within a day of Biden announcing his VP choice.

I heard it was the swing states like my state of Michigan that he was canceling those ads in, so I’m not sure what to think now. There has been very little to no ads by him here other than the ones you see that are nationally broadcast on cable. I see a lot of ads for Biden here though on both cable and local stations.