Obama has forbidden ICE from doing its job. He refuses to crack down on sanctuary cities. Result? Dead American citizens.

Trump solidifies his Hispanic base.
Keep it up Donald; you can poll single digits among the Hispanic community soon. It will be glorious in the general: 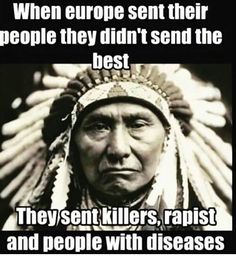 I must have missed the US relatives of the undocumented workers murdered on the border by vigilantes. Did Trump march them out next? The Southern Poverty Law Center has filed numerous reports on these killings, murders that often are largely ignored by the local authorities who are sympathetic with the vigilantes, for more than a decade.
One example:

Investigating Deaths of Undocumented Immigrants on the Border

The unsolved murders this April of two undocumented immigrants near Eloy, Ariz., coupled with four remarkably similar 2007 killings in the same area, have again raised the specter of a possible campaign by U.S. vigilantes to murder Latino border...

If there’s a reason I shouldn’t be disgusted by this, I sure as fuck don’t know what it is.

Appalling. I don’t think I’ve ever seen in my lifetime such an offensively cynical manipulation of the bereaved for political advantage and to promote bigotry.

I do think it will get much worse in coming years. Clueless masses are easily exploited by those in power. Republicans have been doing it as a party for a long time and they are quite good at it.

If you really want to get scared by Trump, learn about Hitler’s tactics in his rise to power in the 1930’s.

Man, if Trump doesn’t lose the General Election by double digits, it won’t be for lack of trying…

Yea really. Mr. Shaw if your son was black, he was only one rung higher than the immigrants Trump and his white supporters want to beat back down.

Obama has forbidden ICE from doing its job.

Can I see the Forbiddence Order, please?

Can I see the Forbiddence Order, please?

Sure. From the WP:

"The Obama administration has begun a profound shift in its enforcement of the nation’s immigration laws, aiming to hasten the integration of long-term illegal immigrants into society rather than targeting them for deportation, according to documents and federal officials.

In recent months, the Department of Homeland Security has taken steps to ensure that the majority of the United States’ 11.3 million undocumented immigrants can stay in this country, with agents narrowing enforcement efforts to three groups of illegal migrants: convicted criminals, terrorism threats or those who recently crossed the border.

While public attention has been focused on the court fight over President Obama’s highly publicized executive action on immigration, DHS has with little fanfare been training thousands of immigration agents nationwide to carry out new policies on everyday enforcement.

The legal battle centers on the constitutionality of a program that would officially shield as many as 5 million eligible illegal immigrants from deportation, mainly parents of children who are U.S. citizens and legal permanent residents. A federal judge put the program, known by the acronym DAPA, on hold in February after 26 states sued."

And that is why the ICE Union is backing Trump.

The legal battle centers on the constitutionality of a program that would officially shield as many as 5 million eligible illegal immigrants from deportation, mainly parents of children who are U.S. citizens and legal permanent residents.

That is worrying. Obama is trying to assure 5 million bloodthirsty murderers remain in the country. WTF?

… who are mainly law-abiding parents of legal immigrant children.

Far cry from “Obama has forbidden ICE from doing its job.”

Studies indicate that immigrant populations are more law-abiding than the rest of us. However, legal and illegal immigrants (they are often lumped together) are convicted of murder, and statistics on the topic are poor (GAO study indicates error rate of 20%), but could be as high as 8% of homicide convictions. Recent Texas crime stats estimate an illegal immigrant convicted homicide rate of about 5% (about 55/yr of ~1150/yr total), or 0.0002%/yr of the Texas population.

For Trump and his supporters to single out a small population for scorn and vilification is ridiculous. What about the 95% of convicted murderers who are white, black, hispanic, etc? Why doesn’t Trump drag their grieving families onstage?

Obama has forbidden ICE from doing its job.

The problem with you is not that you’re rude, willfully ignorant, woefully misinformed, and deliberately offensive, even though that’s all true; it’s not even that you’re a liar, though you are; it’s that you do it so badly.

Yeah, yeah, yeah. That’s called The Big Con. Because what Obama did, which is WIDELY KNOWN by EVERYONE who is SENTIENT, is that Obama changed the definition of “deport”. Try to keep up, PLEASE. It’s embarrassing to read such drivel as you are posting.

From the LA Times:

"SHINGTON — Immigration activists have sharply criticized President Obama for a rising volume of deportations, labeling him the “deporter in chief” and staging large protests that have harmed his standing with some Latinos, a key group of voters for Democrats.

But the portrait of a steadily increasing number of deportations rests on statistics that conceal almost as much as they disclose. A closer examination shows that immigrants living illegally in most of the continental U.S. are less likely to be deported today than before Obama came to office, according to immigration data.

Expulsions of people who are settled and working in the United States have fallen steadily since his first year in office, and are down more than 40% since 2009.

On the other side of the ledger, the number of people deported at or near the border has gone up — primarily as a result of changing who gets counted in the U.S. Immigration and Customs Enforcement agency’s deportation statistics."

Everyone knows this. EVERYONE, except you. Probably because your head is in a smelly place.