Looks like Ms. Daniels has a better lawyer than Donald ?..good !

LOL…this guy is going to wipe the fucking floor with those clowns. $10 says the lawsuit magically goes away for an undisclosed sum by the end of March.

Always remember that THIS was enough to send the GOP to the feinting couch not so long ago:

But you are forgetting … 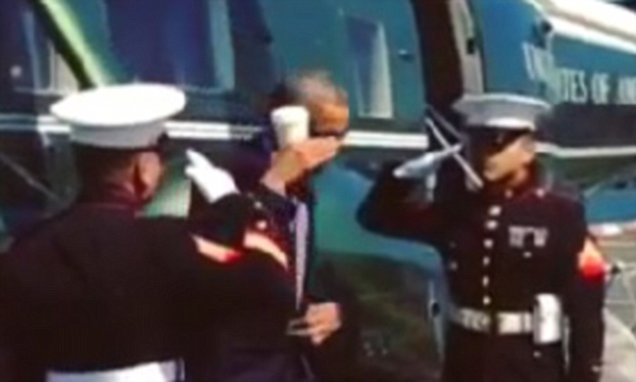 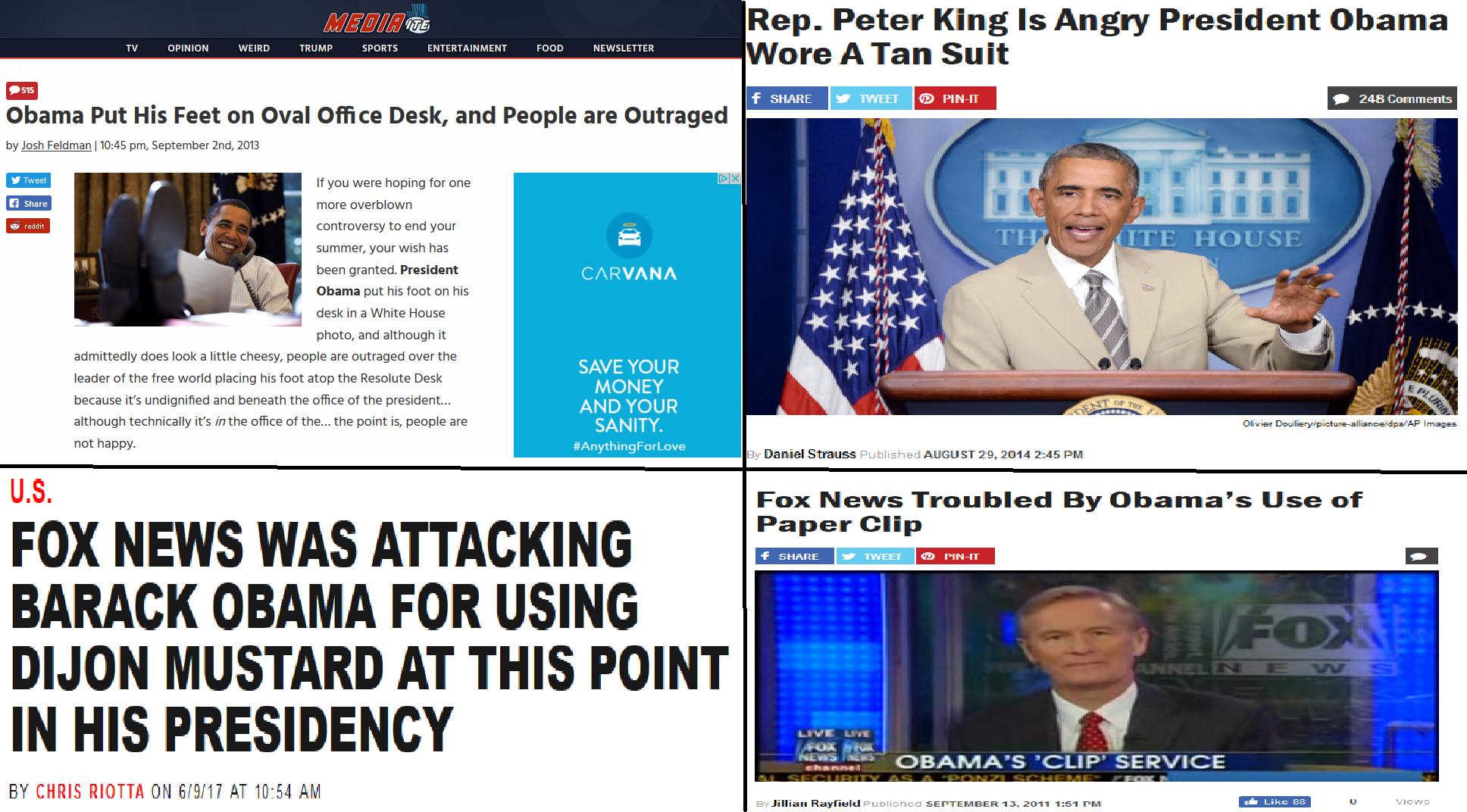 I have always been under the impression that an attorney can’t settle a case without his client’s knowing permission. Maybe Michael Cohen can explain how that is possible in the Stormy Daniels case?

Perhaps if the client is distracted by how much he loves America?

Who’s the unlucky asshole that will have to look at the dick pics that Josh is so intrigued by?

The guy with the magnifying glass.

[quote=“clauscph, post:10, topic:69403, full:true”]
Looks like Ms. Daniels has a better lawyer than Donald ?..good !
[/quote]At this point, I would guess that Trump is really pissed at Cohen. But, he can’t go on a twitter rant without admitting to more than SHS accidentally admitted to the other day. It must be driving him crazy to be constrained from lashing out.

Who’s the unlucky asshole that will have to look at the dick pics that Josh is so intrigued by?

they probably will have a MD or Forensic expert take a look, “hmm, yes that might be a penis…”

Those guys wade around in 3 month old corpses all day, so they can handle it… 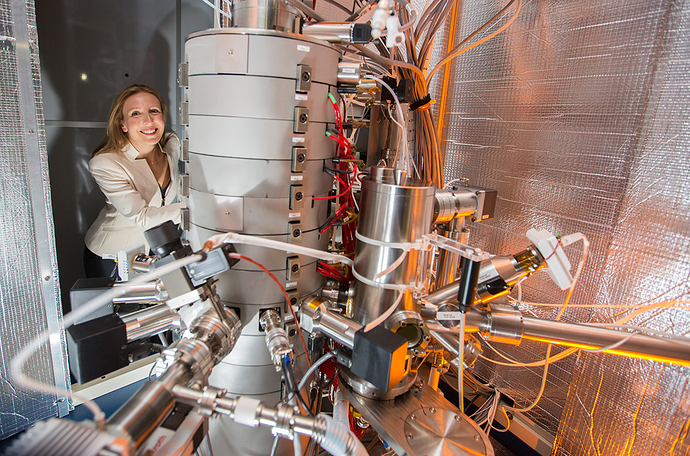 was enough to send the GOP to the feinting couch

There are two things that have no bottom: Trump’s stupidity, and Fox’s twisting of “news” to kowtow to him. Today’s top Fox articles: 6 on Parkland FL, and 1 on Joy Behar attacking the Christlike Mike Pence. They completely ignore Russiagate, Prostitutegate, and Not-Able-To-Get-Security-Clearancegate.

In tones most relaxed and quite affable
“His ignorance? No, it’s just laughable”
Said Mike Avenatti
“NDA’s are confetti
For 45* 's attorneys are baffle-able.”

I finally got a chance to read the complaint and agreements in L’Affaire Stormy. There’s a lot to digest there from a political and legal strategy perspective, so I’ll try to boil it down.

Legal Issue - Is this a Facially Valid Contract? On the legal front, I think Trump/Cohen have the better argument that this is a facially valid contract - meaning if you look at just the 4 corners of the document and don’t consider the political context under which it was entered. If this contract had been entered in 2012, for example, I’m not sure there’s a legal issue here. Not signing the contract may not be a strong enough argument because everyone performed their obligations until Cohen breached in Jan 2018 when he disclosed its existence. There are flaws Also, the contract isn’t as one-sided as it may seem. Trump purchased intellectual property and other information deemed confidential (dick picks and paternity info may be the new trade secret!) and a release of claims; Stormy got some money, a release of claims, and a limitation of liability for disclosures by 3rd parties that she had confided in prior to the date of the agreement. Both have confidentiality obligations. That isn’t an “unconscionable” contract on its face in terms of fairness to Stormy.

I also don’t quite get this argument that Avenatti is making that Stormy is free to talk about the agreement because Cohen disclosed its existence when he was pressured on the funding piece of this by reporters looking at it from the campaign finance angle. All that means is that Cohen breached the agreement. But a breach doesn’t invalidate the agreement. You have the right to sue for beach and get a remedy, but you still have to abide by the contract. Here, I think Stormy is breaching the agreement by talking about a number of things in various interviews that Cohen did not mention, and she also claims to have dick picks and other items. Per the terms of the agreement, she was required to turn over all of it and not keep any of it. I also think that Avenatti is glossing over the strong arbitration clause in the agreement. Not sure his argument that under California law an individual has a right to go to court to seek a declaration on rights/responsibilities overrides the arbitration process. ‘Why couldn’t an arbitrator address that claim?’ is a counter I would expect from Cohen. That could be grounds for dismissal if a Judge considers it seriously.

Legal Issue - Are there Reasons to Invalidate this Contract? Short answer: Yes. I just don’t think Avenatti’s complaint gets you there. It’s probably a strategy to put enough on the table to get into discovery and avoid summary judgment but then use opportunities to amend the complaint to get better arguments in.

The best arguments to invalidate this contract are:

Either there is a contract or there isn’t. Trump either admits that he got into this contract to buy valuable IP from Stormy relating to their affair and god knows what other debased behavior or he doesn’t and then Stormy is free to do whatever. This seems to be Avenatti’s angle: make Trump sweat by going aggressively at him and forcing him to either defend the contract or walk away from it. Another issue here is Michael Cohen. This contract makes absolutely no sense unless you read it as a contract between Trump and Stormy. I don’t think Essential Consultants is a valid third party beneficiary. It’s not disinterested. It’s an alter ego of Michael Cohen who is the legal representative of Donald Trump. Therefore, EC is an extension of that legal representation. This isn’t grandma contacting bouncy house inc. to get a bouncy house for her grandson’s birthday, and giving the grandson the right to sue if bouncy house inc. doesn’t deliver.

So far, Avenatti’s strategy has been working. Trump and Cohen are unwilling to argue that Trump is a party to the contract and therefore he can enforce it against her to make her stay silent or sue her for breach. Avenatti is also sneering at the notion that Essential Consultants is anything but a fig leaf. He doesn’t think it’s a valid, arm’s length, independent party. Avenatti is basically letting Stormy breach the agreement on a daily basis and daring Trump to do something about it. It’s very Trumpian in a way. We now know stuff exists out there about dick picks, videos, texts, other affairs and paternity information. This contract has lost all value to Trump at this point.

2. This is an Illegal Contract Drawn Up For the Express Purpose of Violating Campaign Finance Laws

Avenatti made no reference to this issue in his complaint. However, given the timing of this agreement to buy Stormy Daniels’ silence and the intellectual property/ confidential information that was in her possession during the campaign, it stands to reason that it was done in order to benefit, or at least avoid a late October surprise for the Trump campaign and Donald Trump as a candidate. After all this agreement was signed on October 28, 2016, the same day that James Comey issued the mother of all October surprises when he temporarily reopened the Clinton email investigation. The only way to keep this from reporters was to hide evidence of the payment, which as Common Cause stated to Rosenstein, is a violation of campaign finance disclosure laws and also violates laws on false statements and misrepresentations.

If a contract is drawn up to serve an illegal purpose (hiding hush money payments as a campaign donation) then the contract should be struck down as invalid. Cohen and Trump should be investigated and prosecuted for violating campaign finance laws.

Avenatti hasn’t put forward the best legal arguments, but is basically taunting Trump/Cohen in the public forum to expose their essential corruption. So far, Trump/Cohen are getting beaten up and more and more of the story is slipping out. Trump would’ve been better off admitting to the affair and renegotiating the agreement to limit the scope of what Stormy could say. Now, we have a window into a lot of other things that Trump was doing as he communicated freely to Stormy. This will lead to more investigative reporting that will uncover more things, some of which I suspect, may run afoul of the law.

Stormy wasn’t smart. She should have said “Let’s wait to determine the amount until after the election. I’ll keep silent until then.”

But the error will get corrected soon…

Thanks! I was hoping someone would notice the word play.

Attorneys for President Donald Trump over the weekend reportedly threatened to take CBS to court if the network goes through with plans to air an interview with an adult film actress who allegedly had an affair with their client. A person familiar...