Discussion: RNC To Black Voters: Clintons Are ‘Only With You When They Need You’ (VIDEO)

“The Clintons: only with you when they need you,”

“Whereas, we’re with you every time it gets dark.” 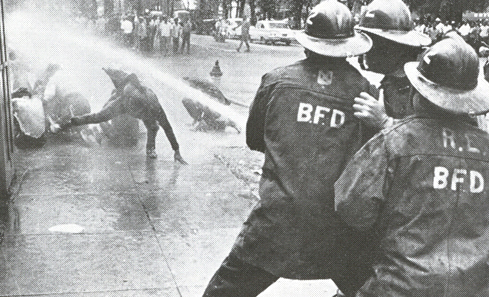 the ad would only air online, but that the committee is “willing to spend as needed” to ensure that the spot reaches a broad audience on the Internet.

The most interesting part of this might be in observing what kind of youtube viewing habits trigger the ad to air.

I don’t know if better evidence exists that the GOP desperately wants Sanders to be the nominee than these blatant attempts to undercut Clinton. They’re not even hiding it anymore. They know they can’t beat her in the general, especially if she’s up against Trump or Cruz. They have concluded that their best shot is to table the oppo research on Sanders and kill her candidacy in its infancy. They are attempting to McCaskill/Akinize Sanders and they’re not wrong to pursue that strategy. The question is will Democrats let them get away with it.

Huh. They REALLY believe that Black people will see that sh*t online, unanimously come to their senses and vote for the Rethugs. Or, get really disillusioned and just sit it out and not vote.

Well, seven more days of Black History Month so now would be an appropriate time to get it out there…

Both. Yesterday on Hatebook I saw several memes going around that showed Sanders being arrested during the civil rights movement and talked about Clinton being a Goldwater supporter. I saw this meme from Republicans AND Sanders supporters.

So they think AA voters are that stupid, don’t they? It’s insulting, really.

If the Clintons are only with black voters when they need them, Republicans don’t even bother to do that much, and actively work against them. Black voters have intuitively understood this for decades, but Republicans seem completely unable to comprehend this.

It appears the RNC has adopted the talking points of Bernie Sander’s supporters, but they left out the use of the term super-predators.

Either way, seems to be that the RNC would rather face Bernie than Hillary, otherwise, they’d be attacking Bernie.

By the way, the way the term super-predator is getting bandied about, you’d think, just like Governor LePage of Maine tries to suggest, that only African Americans enter drug-dealing gangs….ignoring the Latino gangs, and the white supremacists who deal methamphetamine, and the lily-white folks at the epicenter of the heroine epidemic in Vermont & New Hampshire.

These are the type of tone-deaf commercials that make all too many white people snicker at first, but then are surprised at the blowback - because African American voters who actually pay attention to this stuff know better.

Will the ad work to shrink the gap between Bernie & Hillary in places like South Carolina - not really. But that’s the point of the RNC - getting Bernie to be the nominee, because he’s never had to run against these kinds of attacks.

Replace ‘Black Voters’ with ‘Evangelical Voters’ and you can the say the same for the GOP.

The DNC proudly invites you to a movie that the RNC is scared to see.

Going with that guy: the adventures of Reince Preibus.

A co-production with Fox News and Joe Scarbourgh.

Write now and you can get tickets to the Cleveland world premiere.

You know, had they actually been able to tamp down their naturally occurring racism for these past 8 years maybe the ad would’ve had gotten some traction. Some. But after what President Obama, and by extension many people of color in general have experienced, it’s mind blowingly stupid.

How can the AA communities forget. Fuck Rethugs. Fuck them all.

Dear GOP. Thanks for your “concern”. It’s been considered. Now go away.

Well, yes. They’ve always thought black voters were stupid. They’re still calling themselves the party of Lincoln, bringing up Sen. Byrd’s ties to the Klan, and reminding us that many early fighters of the civil rights movement were Republicans.

Charles Sumner is dead and even if he was immortal, both he and Frederick Douglas would have been present day Democrats.