meaning blue states will economically succeed and read states will lag in every measure of quality of life.

You can leave out the “will” on this given that, generally speaking, this is already the case.

Not necessarily a product endorsement, but the Tesla solar roof is changing the paradigm about the true value of our homes. How much energy does your house produce? The ability of any individual building to produce its own energy is becoming a much bigger economic factor that people never even considered before. The more energy a home can produce separate from the grid, the more valuable it is to its owner, and to the utility. That is $$$.

I would argue that the “modern world” was formed by a somewhat small group of people that dragged the remainder kicking and screaming into the future.

You’re characterizing my statement as examples of extreme pessimism and, to a certain extent, I would agree. But, I’d also argue that the pessimism reflects the realistic point where we’re at now (as you said) and doesn’t show signs of abating in the future for all of us. I believe that some simply can’t be reached and the issue of time is now very troubling. Exactly how long do we get to wait to change what seems to be ingrained?

But if you have a way to do it, by all means.

Who knows, maybe Drumpfie has a direct line to God (or at least His cell phone nr.)

I believe that some simply can’t be reached and the issue of time is now very troubling. Exactly how long do we get to wait to change what seems to be ingrained?

I’m reminded of the saying/quote “You can’t reason someone out of a position they didn’t achieve by reason.” It is like your tiger analogy, there is a large chunk of this country that are simply deadenders and we need to stop wasting time and energy trying to figure out ways to win them over and start looking for ways to get things done despite them. Anyone that can be won over should be won over by results and the rest are beyond convincing.

The more energy a home can produce separate from the grid, the more valuable it is to its owner, and to the utility. That is $$$.

Various states will put a stop to this nonsense:

Oklahoma residents who produce their own energy through solar panels or small wind turbines on their property will now be charged an additional fee, the result of a new bill passed by the state legislature and expected to be signed into law by Gov. Mary Fallin ®.
On Monday, S.B. 1456 passed the state House 83–5 after no debate. The measure creates a new class of customers: those who install distributed power generation systems like solar panels or small wind turbines on their property and sell the excess energy back to the grid. While those with systems already installed won’t be affected, the new class of customers will now be charged a monthly fee — a shift that happened quickly and caught many in the state off guard.

LANSING, MI – Solar industry experts say that Senate legislation overhauling Michigan’s energy policy would eliminate the ability of small-scale solar users to use their own renewable energy to offset their utility costs.

Currently small solar and renewable projects at Michigan homes, businesses and nonprofits are able to connect to the grid of their regulated utilities through a net metering program, which allows customers to offset their electricity costs with their own renewable energy and then potentially sell excess energy back into the grid.

A small but growing number of Michiganders have chosen to do just that. According to a report released by the Michigan Public Service Commission on Tuesday there are now 1,840 customers who use net metering.

But Senate Bill 438, which changes parts of state energy law as part of a legislative overhaul, would change how the system works. According to Amy Heart, spokesperson for The Alliance for Solar Choice, it would essentially eliminate net metering in Michigan. 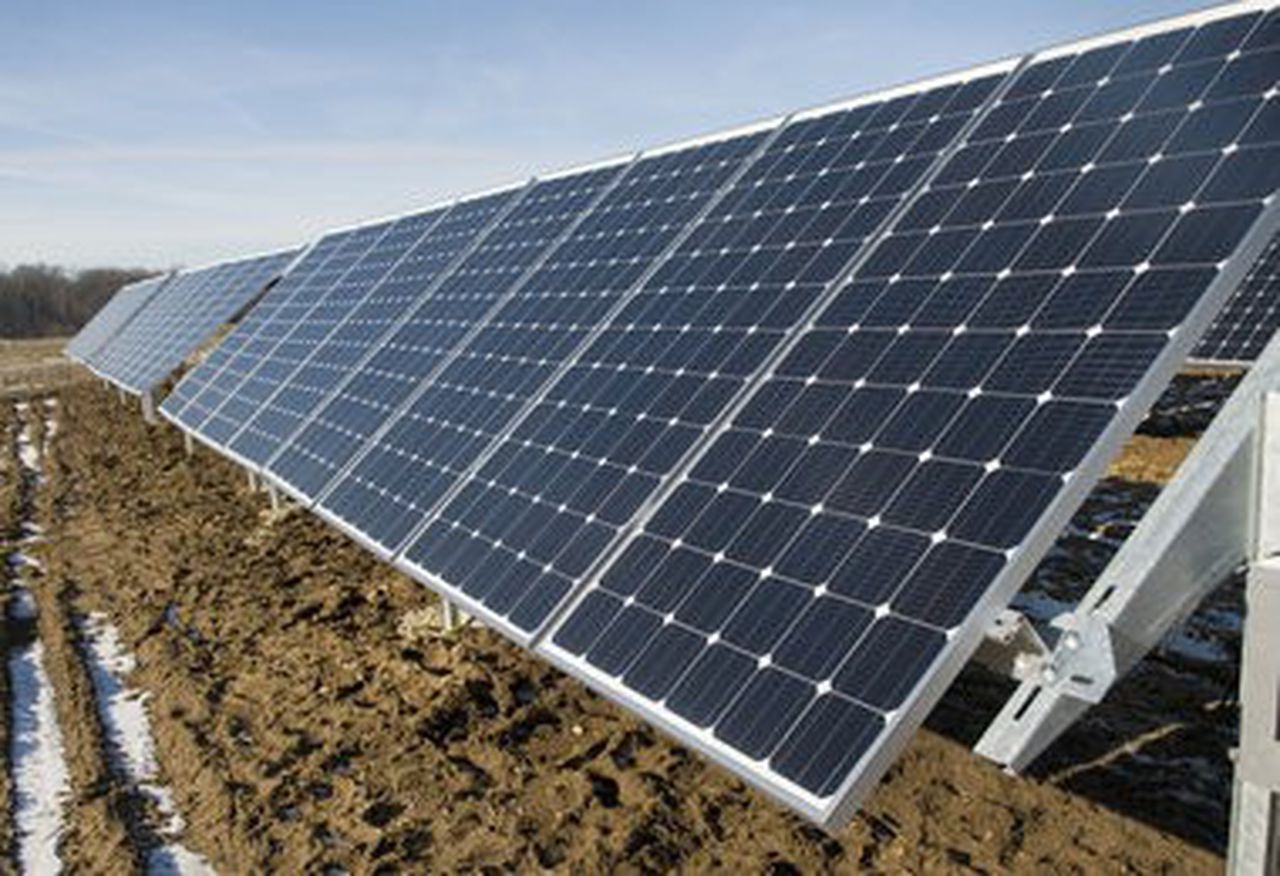 Solar owners who want to feed into grid may not be able to use their own...

Solar industry experts say that Senate legislation overhauling Michigan's energy policy would eliminate the ability of small-scale solar users to use their own renewable energy.

My condolences for the associations you cultivate.

I live in a world that is full of people with a variety of ideas. My condolences to anyone who lives in a bubble, even it is a shiny blue bubble. The full texture of life is far more interesting.

There’s only one reason the Trumps do anything: $$$$. Does anyone remember the property “deal” they had with the rich Russian? $50 million they, the Trumps, bought it for and sold it to him for $100 million? Just wait and see.

Sounds like the action is going to be at the state level. We need to build up local party structures across the country.

The full texture of life is far more interesting.

So true. But when meeting a devout person I can’t get past the idea I’m confronted with someone that has committed their life to belief in unfounded superstitious fantasies. How do you talk to someone that thinks the Earth is 6000 years old, Jesus rode a dinosaur and about 5 billion of the planet’s current inhabitants are destined to twist and burn in the eternal flames of Hell upon their passing?

I would say ‘smart liberals and progressives’ DO know this. A random comment on a leaning left blog does not mean that progressives support this. And yes, it is an argument for idiots.

I’m sure it if you ask Kate Brown to dance, she’d love to.

committed their life to belief in unfounded superstitious fantasies

We all commit our lives to some sort of unfounded superstitious fantasy, even people with advanced scientific degrees. It is how the human mind rolls. Some fantasies are just more unfounded than others.

Personally I like reading about cosmology. Every few years scientists come up with some new version. When I was young cosmology focused on a steady state, no beginning and no end. For decades up to last year scientists said the universe was created out of nothing by a mysterious big bang. Right now they are talking about the universe being the result of the collapse of a super massive 4 dimensional star. They say they are using the scientific method to explain existing evidence. I think they are attending a lot of nerdy keggars.

We might amuse ourselves by saying modern cosmological theory is far superior to a belief in a flying spaghetti monster or the God of Exodus or some other faith, but creation myths are all simply attempts to explain the unexplained. . I don’t think human beings possess the brain power not to deploy unfounded superstitious fantasies to explain our place in the universe.

These are red states. They will be left behind. They will suffer the consequences of their shortsightedness.

Secession sounds appealing when we are angry and want to punish but it is not the way to go. We can not abandon our fellows stuck in red states still fighting the good fight. I agree with soulever that we need to isolate the red states and move past them. We do not need to engage with the brain dead.

How do you talk to someone that thinks the Earth is 6000 years old, Jesus rode a dinosaur and about 5 billion of the planet’s current inhabitants are destined to twist and burn in the eternal flames of Hell upon their passing?

Talk about football, or Dancing With the Stars. Yes, you have to dumb it down to their level. I know its frustrating, but unfortunately, we’re all in this together, like it or not.

Oh, and California already does cap-and-trade with Canada.

They say they are using the scientific method to explain existing evidence. I think they are attending a lot of nerdy keggars.

HEY! Don’t bash nerdy keggars! That’s how i got my 1st degree. And no! I am not a scientist, though i do make lots of scientific policy decisions in Congress.*

See my house divided reference. If we want America to continue being a single country we have to bring the red states along.