Democrats coalesced behind one central argument after President Donald Trump’s lawyers wrapped up their first round of presentations Saturday, saying that the lawyers’ complaints about lack of first-hand knowledge could be easily solved by including witnesses and documents in the proceedings.

Dems have wargamed all this shit. I’m astonished that #MoscowMitch hadn’t anticipated they might.

Grump gave a Tweet that was almost entirely riddled with lies and insults,

When IMPOTUS turns truth to covfefe

Ron Johnson thinks a pike is a fish and is puzzled by how his head could be on one.

Slightly off topic here – but nowhere else on TPM right now to post this – check out Mary Louise Kelly’s bio here: https://en.wikipedia.org/wiki/Mary_Louise_Kelly

Let’s see – masters from Cambridge in European Studies, reported from the Afghan-Pakistan border and from Kosovo. For Pompeo to insinuate that she pointed to Bangladesh when asked to point to Ukraine – it’s just so infuriating. The misogyny is stunning. And Trump’s base will eat it up, after all she’s just a girl.

Violent misogyny, that’s the GOP at its … best?

You misunderstood Pompeo, he was thanking her for pointing out his confusion between the two countries

Now that is truly funny! Thank you for making my day 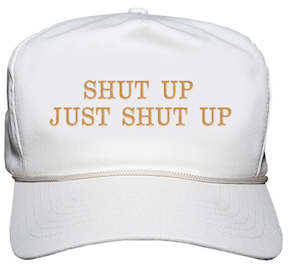 Hope Hunter would volunteer to testify if Bolton would.
The Republicans would poop in their Depends.

So I’m still struggling with that fact that the person who is POTUS, who has a whole host of legal power and authority, couldn’t pull off a simple scheme.
Yovanovitch in the way-recall her.
Need Rudy to investigate-make him a special enovy from POTUS with official powers.
Want to deny/delay aid to Ukraine then have the DoD and State Dept. submit their reviews of the progress Ukraine has made or not on corruption directly to the Oval Office for review, and notify Congress that there’s going to be a hold up.
When Trump decided to run for President he saw that he would have power, he thought he could make money off his position, and he didn’t think about the checks and balances that were written into the Constitution. He and his cabal of crooked cronies didn’t do their homework.
And boy oh boy why 57 Senators think that enabling Trump to continue down this path is a good thing for them leaves me scratching my head. They don’t think that if they give Trump everything he wants that he’ll take care of them, they are sadly mistaken. Even if Trump is not removed this will embolden him to commit more crimes, more crimes out in the open, and those 57 Senators will now become complicit in any all crimes Trump commits after this is over.

Most murders are not witnessed either. They collect evidence and etc…
Be a lot of murderers running free if they had to be witnessed killing someone before they could be charged.
.

We all need to laugh to keep from constantly crying.

jenius can shut up after he appears as a witness at his own trial.

Yovanovitch in the way-recall her.

He needed someone else to recall her. Can’t do it himself, too obvious. And he probably did not want to cut Pompeo in on the deal.

Need Rudy to investigate-make him a special enovy from POTUS with official powers.

Wouldn’t ruddybugs have to pass a security clearance and background check?

Want to deny/delay aid to Ukraine then have the DoD and State Dept. submit their reviews of the progress Ukraine has made or not on corruption directly to the Oval Office for review

Complicates things–you need more people in on the conspiracy. Plus that turbulent ambassador or her replacement might pull a Joe Wilson (“what I didn’t find in Africa”).

The repubs created this very fishy skate of affairs. Off with their haddocks!

And he really doesn’t need to be questioned, just give him the questions and let him loose. In answering he’ll wail and gnash his teeth about how unfair everybody is being to him, he’ll go off onto something irrelevant, and in the process admit to other crimes that he’s committed.

“One of the biggest still-unknown variables of the Senate trial is whether four Republicans will join the Democrats to ensure that the evidence is included.”

We will all hold our breaths waiting for that to happen.