These are essentially opinion pieces. He speaks to nobody in the Biden campaign involved with vetting VPs. Also note he wrote a rather glowing article about Abrams’ campaign to be VP. 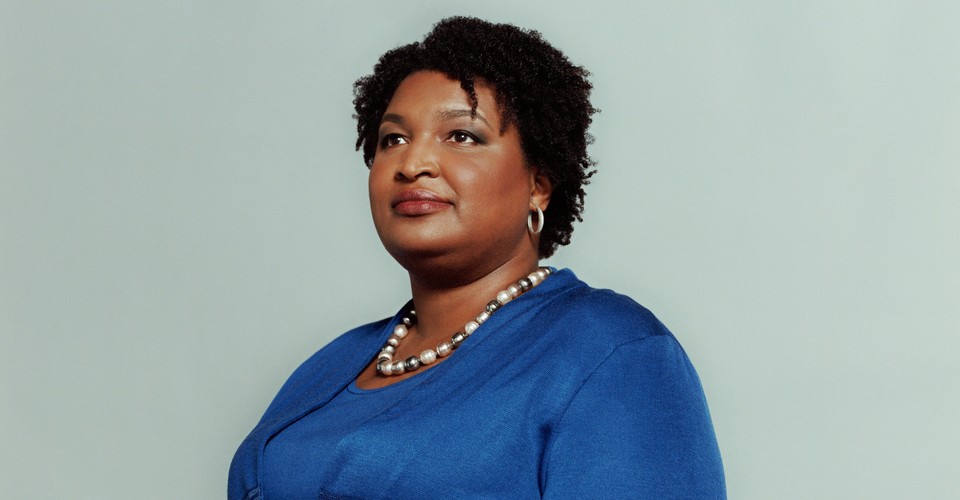 Joe Biden has committed to choosing a woman as his running mate—and Stacey Abrams has a case to make for why she should be his pick.

Well … straw man response not addressing the actual points made

Were actual points made? I just thought you were whining.

What does that even mean? Never mind, don’t tell me. Have a nice day.

Were actual points made? I just thought you were whining.

Actual points made were clear enough, although your dodging seems to indicate you would rather engage in fantasy.
They were to repeat
(1) No sign that there is a “Voting Bloc”

Unaware there is any sign of a “generational” bloc tendency in wide voting population (maybe among activists but that’s not a voting block).

Ongoing tendency of Lefties to conflate “young well-educated college profile” with a whole age cohort and conflate internal socio-economic consistency of that group with a wider . As illustrated by the over focus on college debt, ignoring the fact that the vast majority of the age cohort isn’t in this socio-economic profile, 60%+ is not.

There’s literally no “whining” in any of the posts, merely pointing out analytical error.

Do you want someone in there who needs a year and a half to two years to fill the empty positions or someone who already knows what people are out there and can be tapped?

Sadly, whoever gets State…or Justice…or Defense…or even Treasury (but particularly State and Justice) is going to be spending 1 1/2 - 2 years doing exactly that, regardless of their experience or the length of their contacts list. And yes, its true in other Departments, but those are the big 4, and they are all broken right now.

I mean, just think how long its going to take to unwind the caging of children at the border and reuniting families…

There are voting blocks. Should I call them Voting Groups or voters with ideological preferences?
Either way, we’re wasting each other’s time. Assumed facts (three sources) are in evidence. If you want to keep this going you’ll have to find someone else. It’s not all that important to me.

Actually relative to campaigning and this election, this particular analytical error is of real importance and it has as well Regional variation.

Going toPew for 2017 data with some emphasis added

The Northeast region of the U.S. leads in the share of young workers who are college graduates. Half of Millennial workers ages 25 to 29 in Northeastern states had at least a bachelor’s degree in 2016, 12 percentage points higher than the share of Gen X workers in that region who had finished college in 2000 (38%). The share of young workers with a college degree in the Midwest, South and West also increased from 2000 to 2016, but to a lesser extent than in the Northeast.

The increase in educational attainment among Millennials comes as the economic payoffs of a bachelor’s degree – particularly in terms of earnings – are greater now than they were in the past.

Pew doesn’t give how big the regional differences are but we can guess just by voting patterns that Mid-West and South are not trivially different. Nor is Ethnicity not a considerable factor: Certainly White and Asian (not cited but via the link you can see) are hugely different than, well, everyone else (within the Age Cohort “Millenials”). Add to that the City versus Non-City divide and when Dems speak heavily to this cohort as if the Majority (or just the Generation) are basically college graduate North Easterners, Dems are committing some of the same errors as 2016.

Focusing in on a narrow problem for a (highly vocal) sub-group that in the end over the next decade is likely to be best equipped to face economic and social change in contrast with the non-college educated or as well those who ‘only’ go to community college and broadly don’t exit with high levels of debt is a serious error - in policy but also in electionneering. It’s tone deaf. But policy as well as ignoring the mobility issues of the non-college educated is certainly generating fear and stress there, but is being ignored in discourse (or under-served).

however obviously you don’t want to pay any attention to the factual issues.

That is hardly a plus. Trump wasn’t a politician.

Politicians act the way they do because of Voters. The sad sterility of railing against Politicians is that we, the human beings in the aggregate, drive the behaviour. Of course people don’t like looking in the mirror, so it’s always externalized, thus the permanent condition of disappointment with politicians across the ages and across political systems…

If one wants to win, one wants a competent politician, because the job is literally politics.

So you’re putting Susan Rice in the same basket as Donald Trump?

Please, tell me who you want for VP so I can get a handle on the kind of threat level sensation that triggered the massive overreaction above.

Well, perceived baggage or not, I’m rooting for Rice.
I enjoy reading some of Dana Milbank’s columns, but I really don’t care for him politically. Once Trump is gone, he will be taking potshots at Democrats again. He actually votes for the best qualified person who’s NOT on the ballot every four years. Why dfuq even vote if that’s your thing?
Anyway Milbank dislikes Rice because she asked General Keith Alexander why the fuck his NSA was listening to Angela Merkel’s phone calls and she also had the temerity to flip Richard Holbrooke the finger.
She said the F word and flipped a talented and certifiable asshole the finger. Guess she doesn’t know her place. Me likey. Oh, and she had a privileged upbringing. The horror!

Opinion | Why would Biden pick a human lightning rod as VP?

The ill will Susan Rice has generated is exceptional.

Yes, Kamala is the best of several good, qualified choices. Her critics say she is too ambitious and will be running for the 2024 nomination from day one. That strikes me as pundit class overthinking. She is familiar to the general public and will bring energy to the campaign. Assuming there will be a VP debate, she will run rings around Pence. The fact that Chris Dodd didn’t like her doesn’t bother me a bit (I mean, how in the world is he still influential ???)

And although I’m rooting for Rice, I’d put money on Harris.

No, I am pointing out that non politician, a shared characteristic. not the same basket.

I have no person I “want” as VP. However, I would like a VP that assist on the General Election, and particularly has savvy and experience with the campaign trail, has direct election experience, not 2nd hand.

The job is electoral politics for a high profile national so someone who is a Politician who’s had at least a State level if not a national level exposure in actual electoral campaigns as a candidate.

Just as I may not love Lawyers, but a damn well know for a real sensitive legal job, I want a lawyer, not a non-lawyer for the job.

I think I’m in the same place you are.

Was their a campaign contribution from a known Scientology member? Following the money trail often yields answers to questions.

But Warren was also immensely popular with the base, and among African-Americans especially. I don’t think Harris is a bad pick by any means (she’s always been my favorite, actually), but I don’t think she has that many fewer built-in liabilities than Warren.

Yeah its too bad about Warren.
She clearly has the economic expertise and creativity and who knows what we will be facing in 2021. We need all the creativity and leadership we can get.

Despite the interesting Data for Progress poll that shows her top pick among young and undecided voters, and the reported 50K grassroots folks that contributed to the recent Biden -Warren fundraiser, it seems those voters don’t have enough clout. They may not be reliable enough at the polls to overcome donors and perhaps even centrist Ds in Congress who fear being demonized as “too left” when they try to run again.

So it seems Harris is a “safe” pick as Scarborough carefully suggested today (the head of his company, NBC Universal, did a fundraiser for Harris a few months ago).

Even so, we have already started getting the sexist female attacks (“too ambitious” et al). Then I’m guessing after the VP is picked, if its a woman of color, we will get racist attacks with appeal to fear -i.e. some fake thing about Joe’s health and now a black woman could be running the presidency–horrors. The other side will hope to pick up some suburbans and men and whip up enthusiasm with these attacks.

I’m guessing they will also try to depress the youth and undecided vote–and I read somewhere the undecided is not a small number of possible votes–may be as much as 12% of voter pool (not sure if that is registered or just likely voters).

So I wonder how safe any woman would be and any black woman might be even harder.

That Politico article accidentally published last Tuesday and dated forward to Saturday quoting the campaign saying Harris is the pick, rings true to me. Now the campaign pushing off the announcement until closer to the convention where Joe may be able to manage the reception more closely is probably a wise idea, even if the pick is still Harris.

Honestly, I could see Biden facing backlash in 2021 if things don’t go well and people wonder why a top person like Warren is not in a leadership position to help steer us to more stable economic footing. Article in Intelligencer says she is not even being considered for cabinet pick.

And I wonder about ignoring the clear pick of the younger folks. They are the future so would be good to get them as involved as possible.

I don’t envy Joe making this pick. Its a tough one and I’m sure his heart is in the right place.

Here’s the data for progress poll, if anyone is interested: https://www.dataforprogress.org/memos/warren-is-the-vp-choice-for-key-voters

Well Susan Rice isn’t a politician and that’s partially why I’m drawn to her.